The final topic of our Pride in Diversity series is Gender Identity. This can be a difficult topic to understand, but at its most simple, it is about understanding that some people do not feel comfortable in the bodies they were born in.

People who may have been born as male, might feel uncomfortable seeing themselves as a male, and the same is true for people who were born as female. In addition, some people might not see themselves as either male or female.

It is important to emphasise that this is by no means an easy process, and is instead the result of a long and complicated journey of self-discovery, and is incredibly personal to the person who has gone through it.

Support in our academies

We want to support any member of our academy communities who may have questions over their gender identity. These questions could also be to support a friend who is struggling with their identity, or just to find out more about the subject.

Our young people are able to speak to a member of our pastoral teams, who will treat every question with care, compassion and confidentiality. They will provide further information upon request, and if they decide to go further with this process, we will create a support group with them, their family, and other key staff members.

It is important to state that at no point will any young person be encouraged to take a particular path, or pushed into doing anything. Our role here is to provide information upon request, and to ensure that they always have a source of support, however they decide to proceed. We do not, and will not, encourage any young person to transition, or not to transition. All that matters for us is that they feel supported, as this can be a lonely, emotional, and stressful process.

As part of our efforts to ensure all of our young people and staff feel comfortable and confident in their own identity, we wanted to highlight some of the more famous members of the Transgender community. 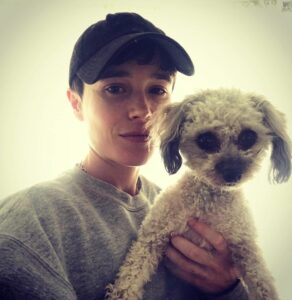 Canadian-born actor Elliott Page came out publicly as a gay woman in February 2014, and subsequently as transgender in December 2020. In March 2021, Elliott became the first openly transgender man to appear on the cover of Time magazine. 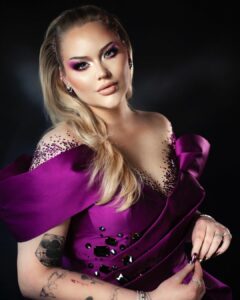 Beauty YouTuber Nikkie de Jager is a Dutch makeup artist with more than 13.8million subscribers. Having built a career for herself as a well-known beauty and make-up influencer, Nikkie announced in 2020 that she was transgender in a video titled “I’m Coming Out”, following blackmail threats to reveal that she had transitioned in her teenage years. She has continued to thrive since the video, and in 2021 presented the Eurovision Song Contest. 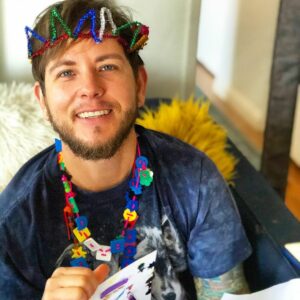 Alex Blue Davis had roles in shows like “2 Broke Girls” and “NCIS”, but is best known for his time on “Grey’s Anatomy”, where he played a doctor who is an openly transgender man. Aside from his acting career, he is also an indie rock artist and enjoys a strong music career.

We know that Gender Identity can be a very complicated topic, but we want to use this week to ensure that every member of our community feels supported. If you, your child or a family member has any questions about Gender Identity, please do speak with a member of our pastoral teams and they will do everything they can to help.